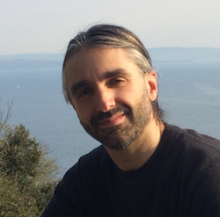 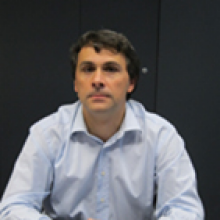 Lorenzo is assistant professor in Operations Research at University of Trieste, where he obtained his Ph.D. in Transportation. Lorenzo’s research has mainly focused on the development of mathematical programming models and algorithms to optimise and manage the European air transport system, both at the strategic and tactical level.This research activity has been carried out through national and international projects funded by the European Union (6th and 7th Framework Program), EUROCONTROL, the SESAR Joint Undertaking, ENAV (the Italian air navigation service provider) and MIUR (the Italian Ministry of Education, University and Research), and developed in collaboration with several European academic partners and stakeholders. 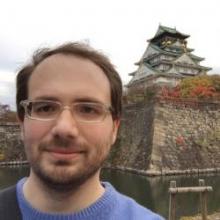 Luca Manzoni is an assistant professor at the University of Trieste, Italy. He obtained his Ph.D. in Computer Science from the University of Milano-Bicocca in 2013. In 2012 he obtained a JSPS postdoctoral fellowship and in 2017 he obtained an award as the best young postdoc in Computer Science and Mathematics at the University of Milano-Bicocca. He has published more than 80 paper in international journal, conferences, and workshops. His interests are in the areas of natural computing models, like P systems, reactions systems, and cellular automata and in the area of evolutionary computation, and genetic programming in particular. 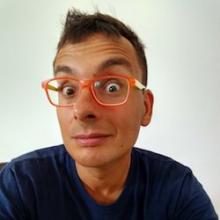 Eric Medvet received the degree in Electronic Engineering in 2004 and the PhD degree in Computer Engineering in 2008, both from the University of Trieste, Italy. He is currently an Assistant Professor in Computer Engineering at the Department of Engineering and Architecture of University of Trieste, where he was formerly the dean of the Computer Engineering master program. He is the head of the Machine Learning Lab, which works together with industries to apply ML techniques to many domains such as, e.g., misuse detection in web applications, predictive maintainance of engines, proactive customer care. His research interests include Genetic Programming and Machine Learning applications, on which he authored 65+ scientific papers.

Laura is currently an assitant professor at the department of Mathematics and Geosciences at the University of Trieste. From 2016 to 2018 she was research assistant in the Cyber-Physical system gropu at TU Wien. She received her PhD in Computer Decision and Systems Science (XVIII Cycle) from IMT, in 2016.

E-mail:
Courses:
Calculus II
Role:
Lecturer UNITS
Affiliation:
UNITS
Pierpaolo Omari is full professor of Mathematical Analysis at the University of Trieste since November 2000. He has got invitations as visiting professor at several foreign universities and as speaker, or organizer of thematic sessions, at national and international conferences. He is member, since 2006, of the Board of the PhD Course in Earth Science, Fluid-Dynamics, and Mathematics. Interactions and Methods, and served as deputy Coordinator, from 2010 to 2015, and Coordinator, from 2017 to 2020.  He has been supervisor of master and PhD theses in Mathematics and Applied Mathematics. Research interests: existence, multiplicity, stability and approximation of solutions of certain classes of boundary value problems for semilinear and quasilinear elliptic or parabolic, differential equations, with application to capillarity phenomena for compressible or incompressible fluids, phase transition problems with saturating flux, models in human physiology, MEMS with capillarity effects. He is author of more than eighty research papers in these areas (see https://arts.units.it/). He acts as referee for many international scientific journals in the field of differential equations and nonlinear analysis. He is  Editor-in-chief of the journal Rendiconti dell'Istituto di Matematica dell'Universita' di Trieste (since 2008), and is, or has been, Editor of Nonlinear Analysis (from 2012 to 2020), Memoirs on Differential Equations and Mathematical Physics (since 2018), Mathematica Pannonica (since 2010).
Website: 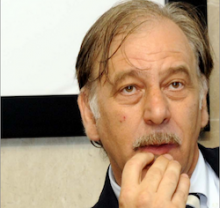